To support you on your journey to becoming anti-racist.

What’s the difference between Hispanic, Latino and Latinx? by Antonio Campos from UCOP (on navigating identity, language and community from a scholarly and first-person perspective)
1619 Project from The New York Times
Anti-Racist Resources from Greater Good
Anti-Racism Resource Guide by Tasha K (shareable)
Transformation in the U.S. Higher Education System: Implications for Racial Equity by Dr. Lindsey Malcom-Piqueux (2020) (a commissioned paper prepared for the public Symposium on Imagining the Future of Undergraduate Stem Education)
What Is Juneteenth? by Henry Louis Gates, Jr. from PBS
Anti-Asian Racism and Exclusion in Higher Education by Rose Ann E. Gutierrez, Annie Le, and Robert T. Teranishi from The Institute for Immigration, Globalization, and Education at UCLA 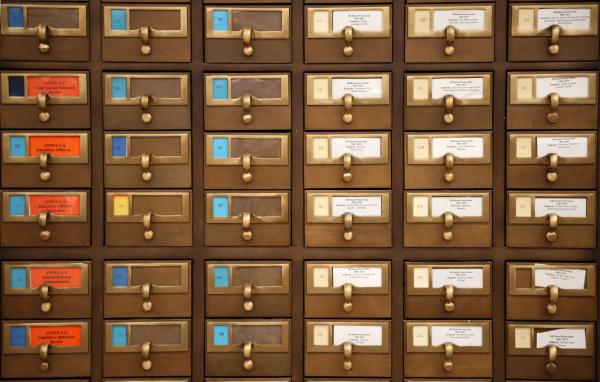 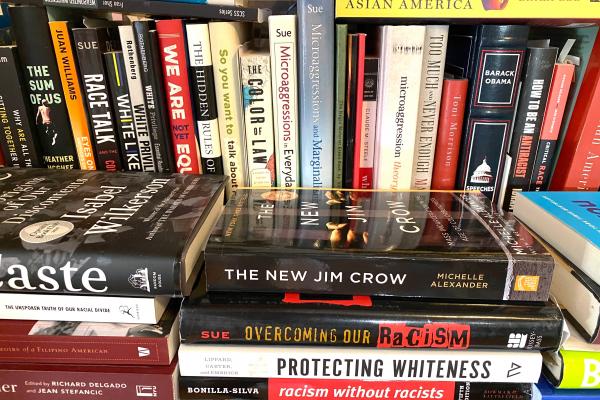 Caste. The Origins of Our Discontents by Isabel Wilkerson
The Warmth of Other Suns. The Epic Story of America’s Great Migration by Isabel Wilkerson
The Sum of Us - What Racism Costs Everyone and How We Can Prosper Together by Heather McGhee
Racing to Justice. Transforming Our Conceptions of Self and Other to Build an Inclusive Society by John A. Powell
The Color of Law by Richard Rothstein
The New Jim Crow: Mass Incarceration in the Age of Colorblindness by Michelle Alexander
A Journey to Freedom: Richard Oakes, Alcatraz, and the Red Power Movement by Ken Blansett
An Indigenous Peoples' History of the United States by Roxanne Dunbar-Ortiz
Between the World and Me by Ta-Nehisi Coates
White Fragility. Why It's So Hard for White People to Talk About Racism by Robin Diangelo
So You Want to Talk About Race by Ijeoma Oluo
Whistling Vivaldi. How Stereotypes Affect Us and What We Can Do by Claude M. Steele
The Making of Asian America. A History by Erika Lee

UC Managing Implicit Bias (series) - University of California
Implicit Bias (video series) – UCLA
Biased: Uncovering the Hidden Prejudice that Shapes what We See, Think, and Do (video - the 2019 Henry and Bryna David lecture given in Washington, DC by Dr. Jennifer L. Eberhardt, a social psychologist at Stanford University)
Native American Cultures - History.com
Native Americans – American Experience (5-part series) – PBS.org
Native America – North & South America (4-part series) – PBS.org
The African Americans – Many Rivers to Cross - PBS.org
The History of White People in America - Worldchannel.org
1619 (podcast) - The New York Times
13th (documentary exposing racial inequality within the criminal justice system) - YouTube
Amend: The Fight for America - Netflix (subscription required)
I Am Not Your Negro (documentary envisioning the book James Baldwin was never able to finish) - YouTube
Latino Americans (6 hour documentary/500 years of history) - PBS.org
Asian Americans (5 Episoles/150 years of immigration, racial politics, and cultural innovation) - Amazon Prime purchase or subscription required
John Lewis: Good Trouble (intimate account of legendary U.S. Representative John Lewis’ life, legacy and more than 60 years of extraordinary activism — from the bold teenager on the front lines of the Civil Rights movement to the legislative powerhouse he was throughout his career)
The Black Panther. Vanguard of the Revolution - PBS.org
Eyes on the Prize (preeminent documentary series on the Civil Rights Movement. Narrated by political and civil rights leader Julian Bond, this six-part, 14-hour series covers all of the major, transformative events from 1954 to 1985, including the Montgomery bus boycott in 1954, the Voting Rights Act of 1965, the birth of the Black Power Movement, and the courageous acts of the crusaders that contributed along the way.) - PBS.org
When They See Us (miniseries from Ava DuVernay about the Central Park Five) - Netflix (subscription required)
Black America Since MLK: And Still I Rise (5 decades of African American history since the major civil rights victories) - PBS.org
Driving While Black: Race, Space & Mobility in America - PBS.org